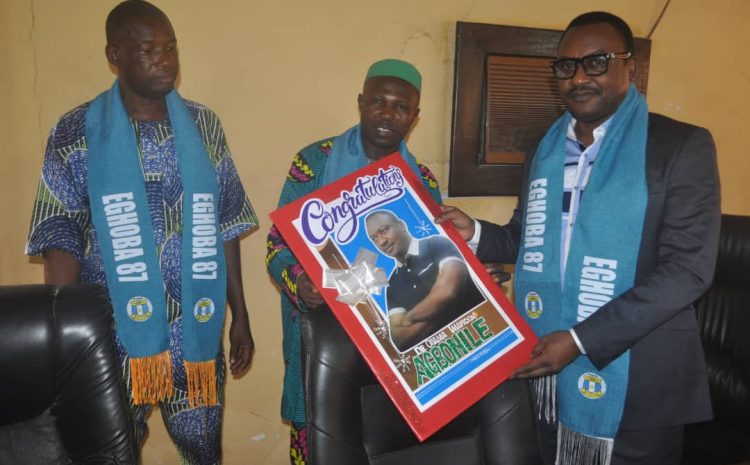 The Old Boys Association of Eghosa Grammar School (EGHOBA) 87’ set  on Wednesday 28th April, 2022 paid a courtesy visit to the Medical Director of Federal Neuro-Psychiatric Hospital in Uselu, Benin City. The coordinator, Mr. Awe Bright who led the group to the hospital decorated the Medical Director with the association’s muffler and also presented him with a congratulatory card.