The Child and Adolescent unit of Federal Neuro-Psychiatric Hospital, Benin City Organized Workshop/Training for Health Professionals on Depression in Children and Adolescents 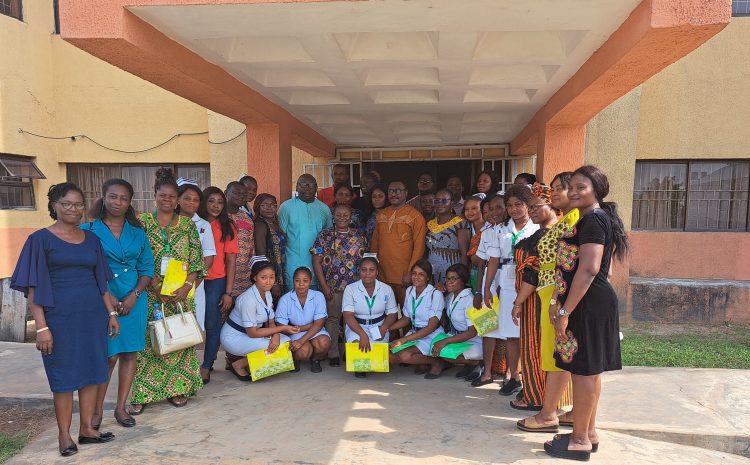 Owing to the issue of misdiagnosis of mental health depression and conduct disorders in children and adolescents and the inability of some health professionals to detect these illnesses, the Child and Adolescent Unit of Federal Neuro-Psychiatric Hospital, Benin City decided to organize a two-day workshop to train health professionals on conduct disorders and depression in children and adolescent. The workshop which held between 1st – 2nd December, 2022 at the seminar room in the new clinical science building was attended by different categories of health professionals within and outside the hospital.

Speaking during an interview with the Public Relations officials of the hospital, Dr. Ehi Isa, Chief Consultant Psychiatrist who also double as the Head of Child and Adolescent Unit of the hospital stated that the workshop was aimed to train health professionals to be able to detect depression in children. She noted that the condition could become complicated to the extent of having suicidal thought if they are not treated on time.

In a separate interview, Dr. A.O. Archibong, Consultant Psychiatrist explained that children who have depression are often misdiagnosed; thus the essence of the workshop was to train healthcare professionals who are not specialists in mental health to be able to identify the symptoms of depression and conduct disorders in children. She expressed hope that the children who have this illness can have normal life if they are treated early. She stated that the causes of mental health problems in general are multifactoral, noting that some of the causes can be genetic, psychological trauma, environmental factors, problems with academics, even bullying in school, etc. The various participants at the events noted that they gained a lot from the workshop and thanked the organizers.