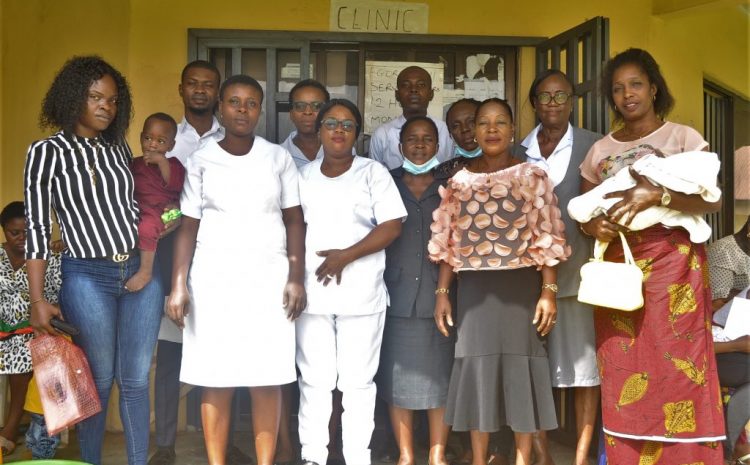 The Community Psychiatric unit of Federal Neuro-Psychiatric Hospital, Benin City has given a Health Talk to nursing mothers on the causes and the preventive measures against Post Partum Depression that usually occur in some mothers after delivering.

The Health-Talk was given on Wednesday, 7th July, 2021 during a routine visit of the unit to the Health Immunization Centre located within Egor Local Government Secretariat in Uselu Community. While addressing the nursing mothers during the occasion, Dr. Jonathan O. Obu – a Psychiatrist explained that postpartum depression is a mental health disorder that could occur in a nursing mother usually within the first 6 weeks after delivery. He enumerated some of the warning signs of the mental disorder to include: sleep disturbance, feeling of sadness, inability to derive pleasure from previously pleasurable activities, lack of energy or fatigability, sudden weight loss due to loss of appetite, negative thought and recurrent suicidal thought, and difficulty with concentration or remembering things.

He further stated that nursing mothers who are susceptible to develop this kind of mental problem are those with high-risk factors such as: those with lack of a supportive spouse or family members, unplanned pregnancy, physical abuse or assault from spouse, etc. He thus appealed by emphasizing the need to be supportive and care for women with such mental case by assisting them to cater for their babies, evacuating them from environments that could exacerbate their situation, and helping them to get medical treatments in mental health institutions.

While responding to a question asked by one of the recipients, Dr. J.O. Obu used the opportunity to debunk the myth that the cause of mental illness in nursing women is the internal flow of water from the womb to the brain, and maintained that postpartum depression itself is a disease of the brain which is a resultant effect of the risk factors he earlier mentioned. He concluded by cautioning women to always be observant of their mental health and to seek quick medical checkups if they notice any abnormalities as delay could worsen the situation.