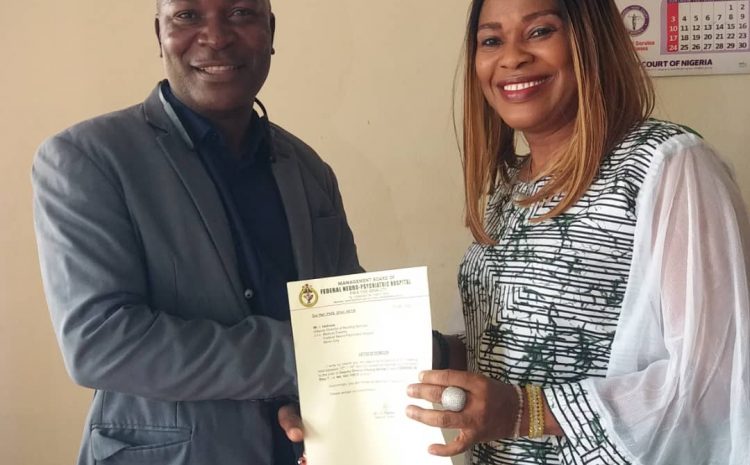 The atmosphere of FNPH Benin was filled with celebration as the Management of the hospital rolled out promotion letters to the successful senior members of staff who sat for the 2022 promotion examination interview. The aforesaid examination interview which was written barely two weeks ago precisely on 12th April 2022 had the result released Wednesday 27th April 2022.

This is beside the “big” ones i.e Consultant Special Grade 1 (Dr Mrs Isa) and Director of Pharmaceutical Services (Pharm.(Mrs) Ibhawo).

Other staff in various other cadre also enjoyed the joy of promotion.

Some of the successful candidates who spoke with the Public Relations & Protocol Unit in private eulogised the Management of the hospital for the prompt release of the promotion letters to the deserving members of staff.

Hearty congratulations to all promoted staff!!